The Properties of Perpetual Light

I was invited to write a review of my dear friend Julian Augon’s book ‘The Properties of Perpetual Light’. The task was a little daunting given his book has received the highest praise from the likes of Alice Walker, Junot Diaz, Naomi Klein, Kathy-Jetnil-Kijiner, Katarina Teaiwa, Jonathan Osorio, and other notables.

So, I offer a review, one based on our personal friendship and consider what this book might represent to readers, especially young people in the South Pacific.

I first met Julian Aguon in June 2013 in San Francisco at a Pan-Pacific gathering of activists organised by Moana Nui. This was an event for activists to share their stories of struggles and to strategise a way forward to strengthen the movements in the Pacific.  One of the speakers was Julian.

Watching Julian I had two thoughts, one was just how young he was and second, how fast he spoke because he wanted to fit everything into his ten-minute allotted slot.  I sensed his outrage that he had to condense several lifetimes of struggle for the people of Guam into 10 minutes.  I recall him asking for an additional two mins.  In 12 breathtaking minutes he outlined the long shadow of enduring injustices from colonisation, hyper militarisation by the US of his homeland, the climate crises, and the struggle for self-determination. While he spoke, I remember thinking, slow down, breathe, just b-r-e-a-t-h-e!

Now firm friends we frequently joke about the ridiculous timekeepers, particularly on global platforms such as the United Nations (UN). These speaking slots initially gave us ten glorious minutes, gradually reduced to seven, five and now we have at best three minutes to nail any brief.  It does not matter the severity, urgency, complexity, the power dynamics of David and Goliath proportions of the issue at hand whether Guam, West Papua, climate change, deep sea mining, whatever it is, we are allowed three minutes only – a different kind of injustice all in the name of efficiency.

We often speak about other injustices of the well-meaning global institutions, such as how do we break the constraints of ‘small islands and our micro-populations’ to make Pacific people’s struggles visible in global discourse, that all lives matter.

How do we make the world sit up and take notice?  Our people have experienced erasure and invisibility, we know intimately colonisation, multiple forms of structural violence and now the climate crises.  We are deemed to have made ‘noble sacrifices’ in the name of world peace through the testing of nuclear weapons and now the climate crises, as if we had a choice.  When you are from ‘micro’ islands, you recognise how quickly the system will applaud you, celebrate your arrival then politely but firmly move on to the next big thing on the agenda, three minutes only please.

Since San Francisco, I have watched Julian perform to various global audiences, still at a breathtakingly rapid pace and have read many of his works, mostly legal briefs on a host of issues that are close to his heart and Guam in particular.  Despite his own people’s struggle, Julian like so many of us, have learnt to create space to accommodate and carry other Pacific people’s struggles; Deep Sea Mining, West Papua, climate crises, nuclear justice, human rights but with a specific focus on indigenous people’s rights – long briefs, short briefs, reports, legal opinions, he is a prolific writer.

Through these reports I learnt his love of footnotes. I have never met anyone so excited by footnotes!  He said to me, sometimes footnotes are better than the text itself!  I have learnt to love footnotes.

After a while in the system, you begin to see through its veneer of good intentions, you see its cracks, and you understand that justice for recognition, restitution, reparation, and reconciliation all remain illusively on the horizon. Many activists and scholars become disillusioned, cynical, some lose faith, while so many of our giants have passed on never to see justice in their lifetimes.

Julian would speak to me about a different kind of writing to his legal work.  A different kind of language to express faith, hope, courage for the long road in enduring struggles and unconditional love for place and people.  This book ‘The Properties of Perpetual Light’ is a description of his journey, of his love of words and his belief in their power. To me this is the book in which Julian finally breaths. With clever restraint he produces a collection of poetry, speeches, articles, all bending language to his will with clever craftmanship, to inspire, pass tips, and lessons on how to move forward but with a firm eye on our past.

This is the book that calls on us to celebrate beauty in the small, the micro, the ordinary, the everyday, to celebrate life in all its fullness, to learn to laugh in a time of absurdity and adversity in the face of the most powerful.  It calls on us to draw inspiration and strength from ancestors, to remember the ancient magic of our chants and prayers offered by those that paved the way so that we remember that we stand on shoulders of giants for all that is yet to come.

This is a book for those that have lost their faith or for those of us who are struggling to hold on to our beliefs. The Properties of Perpetual Light is a book of hope and unconditional love for home, for Guam and the Pacific.  A must read for every student, educator, teacher and activist in the South Pacific.

Maureen Penjueli is the Coordinator of the Pacific Network on Globalisation 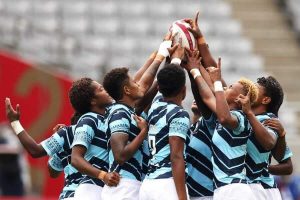 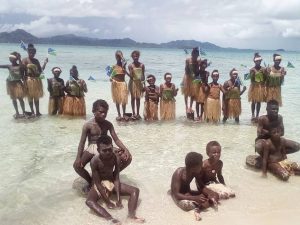 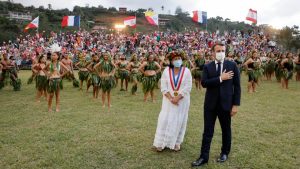 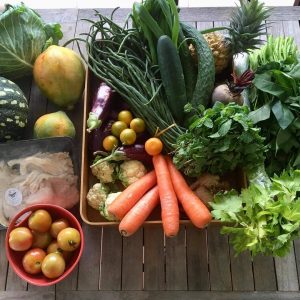